Can you describe your dream home?
One with electricity, working internet and someplace for me to write and play games. That’s enough.

If we were to come to your house for a meal, what would you give us to eat?
Mexican food.

Tell us about the absolute BEST fan letter you have received.
Hmm, Claire.

Say your publisher has offered to fly you anywhere in the world to do research on an upcoming book, where would you most likely want to go?
Shinjuki ni-chome district in Tokyo.

Who designed the book cover for the book you are touring?
Michelle Crocker.

I stood up and slowly walked to one of the torches along the wall. That fire festival where we’d had our first time together… I took the torch and went back to her. Videl stared at me—expectant, anxious. I moved the fire closer to her face. She steeled her eyes and waited. She didn’t protest. She didn’t shirk away from me.

“Ain’t you scared?” I wondered. Videl shook her head. “It’s fire for fuck’s sake! Any normal person would’ve told me to cut it out by now.”

“You wouldn’t burn me with it. I know you like my face too much to do that.”

I laughed and said, “Oh, so it’s all logic with you? Your imagination must be full of rocks.”

“This might have played out differently if I were in subspace,” she pointed out. “But, right now, I’m not bothered by it. I can reason myself out of most situations. It’s hard to suspend my disbelief. I trust you to be logical, too. If you burned me, you wouldn’t get to show me off to Nyte later on.”

“Show you off, huh?” I asked, putting the torch back. “You think that’s what I wanna do?”

“I have a feeling you’ll want to when the time comes.”

“We’ll see about that. For now I wanna see more about suspendin’ your disbelief.”

Videl was about to ask me what I meant—until I picked her up and threw her down onto the polished wood of the table. I straddled her, watching her pulse pick up along her neck. She bit down on her lip to keep from making a sound. 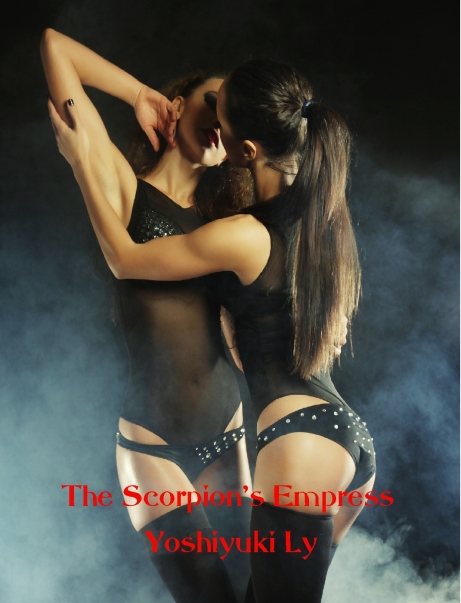 After years of serving a corrupt government, Ser Videl, an idealistic paladin, learns that her younger sister is tangled in a dark scheme against Raj Mangala, the compassionate yet troubled Empress of the city’s oppressed lowtown; the two women meet and are deeply drawn to one another, finding a shared sanctuary in their violently-divided city. The Scorpion’s Empress is intimately written through the eyes of both twenty-seven year old women.

Videl’s loving devotion is just what Raj craves, but Raj is wary of letting her guard down while protecting her throne. Determined to prove her worth, Videl chases after Raj and works to unravel the mystery of the plots against the Empress. Raj wants Videl to serve her emotional and sexual needs, and the two explore a meaningful relationship of dominance and submission that delves fully into their deepest wants. When the conspiracy against Raj comes to a head, Videl’s loyalties are tested when she is forced to choose between her past and her Empress.

** I read this book with my Kindle Unlimited subscription**

Although the overall quality of the writing is quite good, it’s not consistently so. Some parts of the book are excellent whereas others are just good. For example, the way she writes the characters’ background stories is engaging; however, world building is a bit spotty, which is a shame because this seems to be quite an interesting fantasy world and I’d have liked to understand it better.

Another point I struggled with was wording. I for one don’t think it’s necessary to use eighteenth century English in fantasy books in order for royal characters to sound noble or their subjects to sound respectful. And Yoshiyuki Ly doesn’t do that in Scorpion’s Empress, which I appreciate. She uses formal structures, although not over-the-top ones mixed up with informal utterances. However, the formal/informal registers are unevenly distributed. For instance, Raj, who’s the Empress, will sound very formal when we read her reflections yet extremely informal when she’s addressing people in some dialogues. It gets to the point that she would use words and expressions such as “ain’t”, “gonna”, and “you sayin’ this shit to me”. It feels odd.

The Scorpion Empress possesses many positive points. The use of first-person POV always gives the reader a privileged seat from which to better enjoy a story. Here, the writer chooses to tell the story in alternating chapters from Raj’s (The Empress) and Videl’s (The Paladin) perspective. We go inside their fertile minds and have a chance to understand their motivations, fears, and weaknesses. I particularly appreciated the choosing of names for characters and places. Some are ironic, some poetic, and many carry a distinct double entendre. Some examples are Mistress Fury, Excalibur, Slutgarden, Eden and Nirvana.

As for the plot, it’s gripping and engaging with quite a few twists and turns, which despite being predictable, make sense in the story. Finally, character development is rich and believable both for main characters and secondary ones. I don’t write spoilers so I’ll be a little vague now, but one of my favorite moments is a poignant scene when Raj goes back to her hometown and Videl offers her support. Without getting into too much detail I can say it’s an extremely well-written, powerful moment for both characters. Kudos, Ms. Ly!

Finally, as far as I understand, The Scorpion’s Empress is Yoshiyuki Ly’s first novella, which means it wouldn’t be fair to expect perfection. Nevertheless, it is an excellent debut story and I look forward to reading more from her in the future. 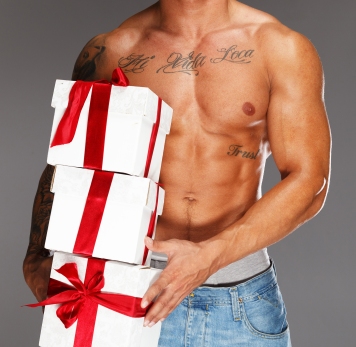 Yoshiyuki Ly was born in San Diego, CA. She lived there until moving away to college. In high school, she began writing fanfiction as a serious hobby. Her pen name is representative of her multiracial heritage and a unique, diverse outlook that is reflective in her work. While pursuing an undergraduate degree in philosophy, she spent her free time reading the works of Virginia Woolf, Soren Kierkegaard and Simone de Beauvoir. She then spent the next years honing her craft to become a published author.