David saw her. She was standing there amid a crowd of partygoers, almost luminous. People moved around and behind and sometimes in front of her, but she stood out like a radiant star in a dark sky. How could he ever have thought that Natalia was anything other than breathtakingly beautiful? Had there really been a time when he had described her to himself as common and insignificant? There was nothing ordinary about her. She had done something to her hair—it fell around her shoulders in big glossy waves that continued down her back. And she was wearing red. A Ferrari red dress, short and made of some material that looked alive, swirling around her body in triumphant serpentine swaths. And those long, sexy legs that quite recently had rested on his shoulders as he brought her to climax.

At first he couldn’t identify the word he heard in his head; he was too preoccupied with drinking her in with his eyes.

But then he heard it again, a single word that drowned out all the others, a primal roar.

Which was beyond stupid, of course. He had no right to her, never would. It didn’t matter what they’d done. It was only sex.

He wanted to walk over to her. He wanted to caress those bare shoulders, put his arm around her, pull her to him, kiss her deeply, thoroughly, satisfyingly. Wanted to see her face start to glow, see her eyes widen. It was almost impossible to resist. Impossible to remember why he should resist that impulse that was so primal in its force. He did what he apparently always did when it came to Natalia—he started bargaining with himself.

One last time, what did it matter? Because this would really be the last time, truly. This was the last night they would see each other before— well, before.

She cocked her head to the side and watched him, alluring and tempting him like a modern-day siren, and David just threw it all overboard. He dumped his good intentions and reason as if they were ballast, holding him down, and made up his mind.

He was about to start walking toward her, had already taken the first step, when he suddenly saw a tall man slip up behind her, as if he’d been standing there the whole time and was now staking his rightful claim. With a slow wink Natalia looked away from David. She turned to face the man. He whispered something in her ear, she nodded in response, and David saw the couple move a little and then they were swallowed by the crowd of party guests.

The moment was past.

He swallowed. He should be grateful it had happened. Now he had the chance to move on.

But he didn’t move on.

He just stood there.

And he wondered: who the hell was that man? 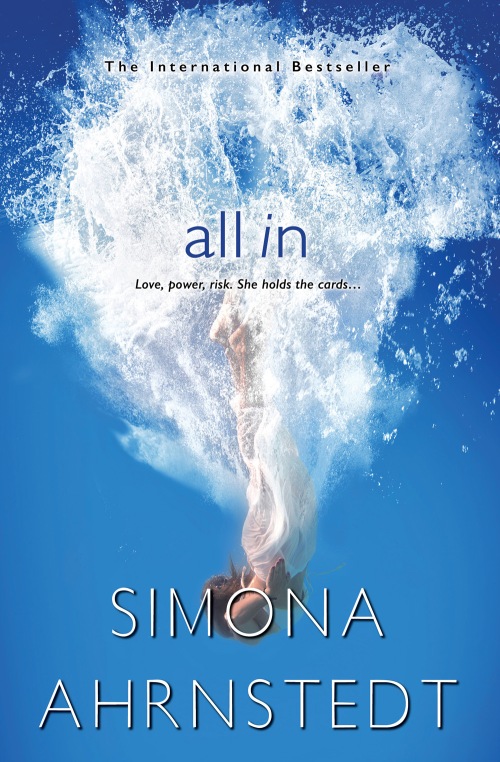 In the cutthroat world of Sweden’s financial elite, no one knows that better than corporate raider David Hammar. Ruthless. Notorious. Unstoppable. He’s out to hijack the ultimate prize, Investum. After years of planning, all the players are in place; he needs just one member of the aristocratic owning family on his side—Natalia De la Grip.

Elegant, brilliant, driven to succeed in a man’s world, Natalia is curious about David’s unexpected invitation to lunch. Everyone knows that he is rich, dangerous, unethical; she soon discovers he is also deeply scarred.

The attraction between these two is impossible, but the long Swedish nights unfold an affair that will bring to light shocking secrets, forever alter a family, and force both Natalia and David to confront their innermost fears and desires.

Ms. Ahrnstedt’s short bio states her concern and active interest in women’s issues so I had a lot of expectations when I started reading All In. After all, being a licensed psychologist and a cognitive behavioral therapist certainly should make her character building quite interesting. And her novel doesn’t disappoint in that aspect, except for Natalia’s family’s views on women’s role in society.

Reading the concepts that Gustaf and Ebba – Natalia’s parents – and Louise, her sister-in-law, professed felt like I was reading a Regent era novel. But one written in that era because the modern ones I’ve read have more forward-thinking characters. However, in the whole scheme of things, it made sense for the author to created them to be so obnoxious. At the same time, their attitude clashed with my preconceived ideas about Sweden. I always thought they were a liberal and progressive society; but I have no direct contact with it, much less the Swedish high-society circles to be able to judge. Like I said, I had an image of that society that the story deconstructed; but it didn’t affect my rating of the book.

Honestly, I would have rated it a shining 5-star read, if it weren’t for a rather annoying aspect of the story. The way David kept referring back to his big revenge plans. I think it was clear enough that was an important part of his life, that there was some kind of past bad-blood between David and Natalia’s brother, Peter, and their father. I even see why David needed to remind himself of that as he fell fast for the enemy’s sister and daughter. But I didn’t see why I needed to read again the details of his hostile takeover so many times. That was the tedious part for me; so much so I skipped some paragraphs. I’m sure people who are into high-finances will disagree with me. LOL

However, as I said, that was the only glitch in an otherwise great book. It has a lot going on for it, which makes it a real page-turner. There’s a mystery involving the hero’s past, the female lead seems to have issues of her own to solve, plus hints at problems between two supporting characters – whom I just loved, by the way. Asa and Michel’s story sounds quite interesting. I also enjoyed the way Ms. Ahrnstedt scatters the clues and the bits of information around so that we can put them together like a puzzle. I always enjoy reading books with this trait.

As for the plot, she builds it up very well, engages the readers, and before you know it, you can’t put the book down. Also, I appreciated her choice of POV. Although she uses third person, the author alternates the characters’ POV without making it into a head-hop, which is an accomplishment in itself. At the same time, the reader has a chance to get inside their heads and understand them better. I love this in a book.

Finally, my area of expertise: the sex scenes. As an avid reader of romance and an erotic romance writer, I know how challenging it is to write believable, moving, and creative love scenes. I like the way the author builds up these scenes, as well. They start tepid and gradually grow in intensity and heat until you’re squirming for a comfortable position and fanning yourself as you read them: My kind of sex scenes. LOL Also, that makes them more realistic as the couple get to know each other better, their relationship progresses, and they get more passionate. It makes total sense.

I recommend this book if you’re looking for a new talented author.

1 print copy of ALL IN (US/Canada only) 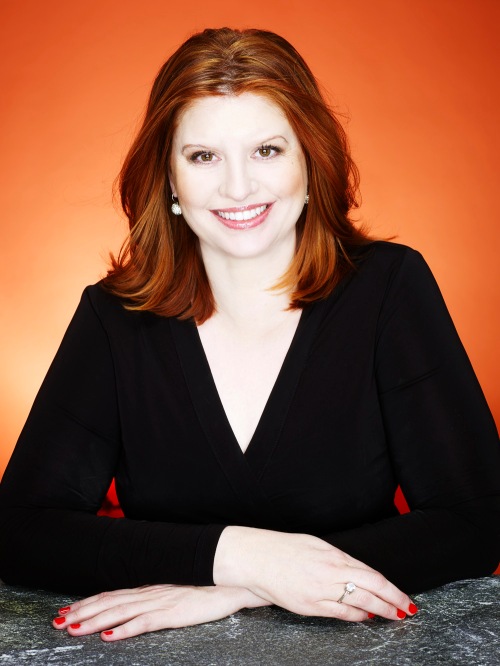 Simona Ahrnstedt was born in Prague and is a licensed psychologist, a cognitive behavioral therapist, and most importantly, a bestselling author. As her novels have swept bestseller lists in her native Sweden, she has become a spokesperson for books by women, for women, and about women. Her provocative women’s fiction has been sold in multiple languages as well as audio format.  She lives outside of Stockholm, Sweden, with her two teenagers.

2 thoughts on “All In Book Blitz & Review”